- Return often to keep up with our latest news. - 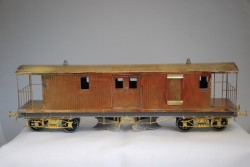 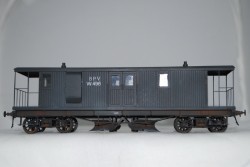 NSW HO bogie ballast plow, these wagons ran from the early 1900s until at least the 1960s in this form. The kit is brass and polyurethane and was produced in conjunction with Andian Models. Only available from Peter Boormans workshop.

These wagons were in service from the early 1900s. At lest four were fitted with automatic couplers in 1926. 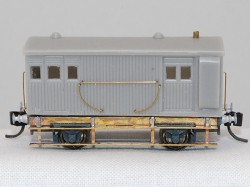 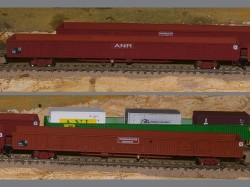 These open wagons run all the standard guage network so can be seen in many locations and are still in service. The kit has a one piece polyurethane body and contains decals that cover many eras.

This is an easy kit suitable for beginners.

These wagons were originally owned by the army to transport tanks but were also used in general service when the army had no work for them.

This product is polyurethane comes in a two pack and is suitable for beginners. Decals supplied cover two and four letter codes. 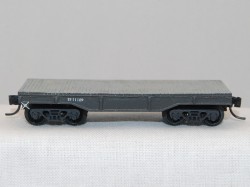 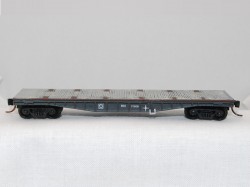 These wagons were used on military trains for heavy loads and were used in general service. 50 wagons were built and delivered in 1962 and ran into the 1980s.

Kit contains polyurethane castings is a two pack, has etched brass steps and decals that cover three and four letter codes. This is an easy kit for beginners.

PBW has the largest range of Australian N Scale Kits